Viewers of Worst House on the Street attacked a couple who had transformed their patio house garden with fake grass and plastic plants — with many calling it “an environmental disaster.”

Gemma, 34, and Scott, 42, from York appeared on the Channel 4 program last night when they revealed they’d bought a three-bedroom terrace house for £195,000 in Holgate and had a £20,000 budget to transform the property.

Assisted by sibling duo Scarlette and Stuart Douglas, the couple ended up spending £31,000 to turn the Victorian terrace into a beautiful family home in just 14 weeks.

Read:Kate criticised for taking snaps of her own children

However, many of the onlookers were stunned when the couple tore down their garage to give their yard a makeover, with one writing: ‘Plastic grass. Plastic climbers. That’s not a garden. It’s an environmental disaster. Terrible.’

Viewers of Worst House on the Street slammed Gemma and Scott, from Yorkshire, who transformed their terrace house garden with fake grass and plastic plants – with many calling it ‘an environmental disaster’ 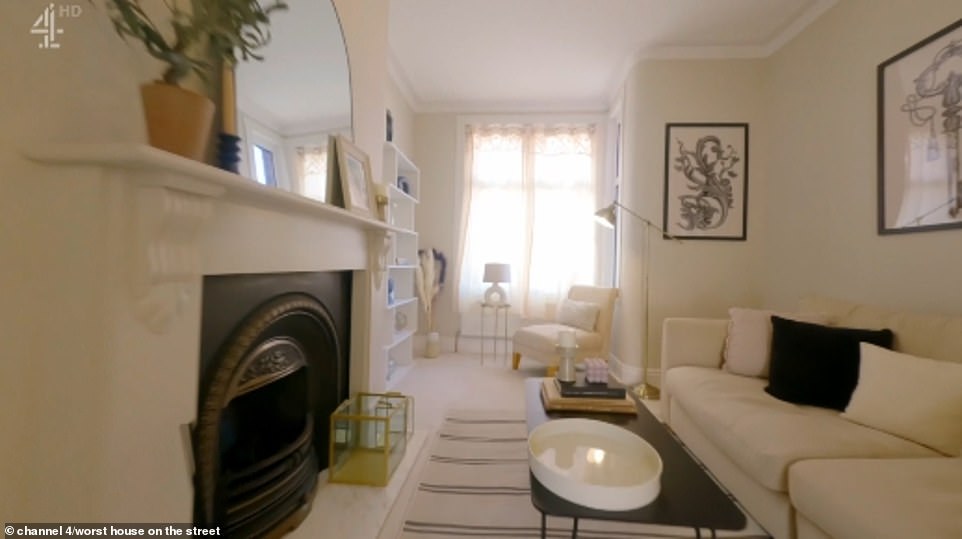 Joined by brother and sister duo Scarlette and Stuart Douglas, the couple ended up spending £31,000 to turn the Victorian terrace into a beautiful family home in 14 weeks. 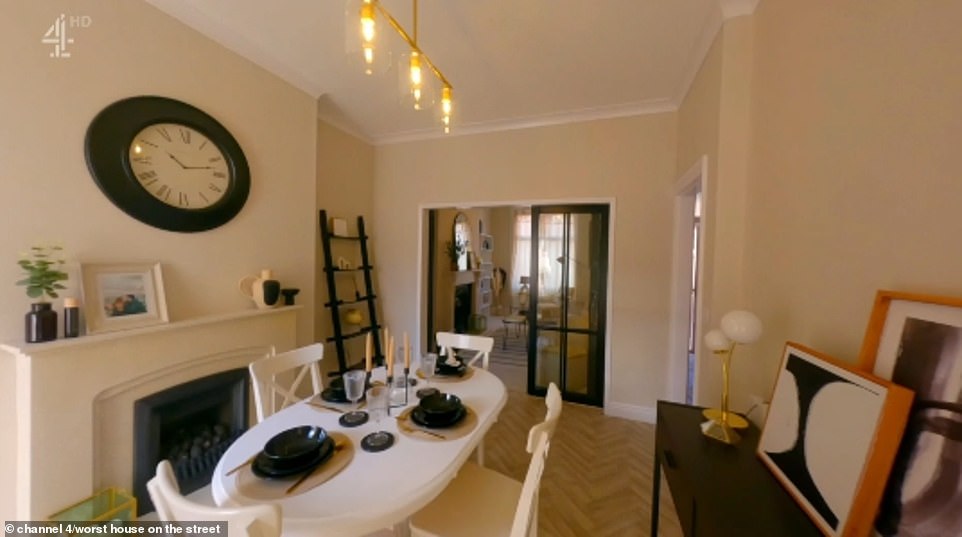 The couple gave the three-bedroom property a contemporary makeover, while retaining many of the home’s original features (pictured, the dining area) 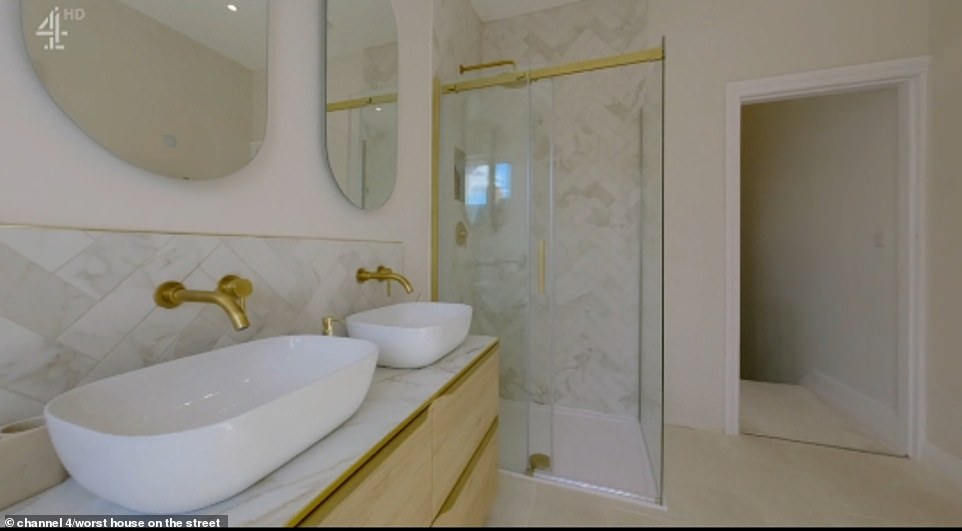 When she appeared on the program, Gemma explained how she met Scott seven years ago while the couple were both working in Dubai.

They eventually moved back to Gemma’s hometown of York and moved in with her parents before buying a house.

She admitted that when she first saw the house she felt it had a lot of potential, while Scott said the transformation would take a lot of hard work.

The house had been uninhabited for two decades, the hallway and stairs covered in layers of carpet that had been left behind for years.

Despite some viewers being impressed by the interior, many were stunned by the plastic garden, calling it an ‘environmental disaster’

The lounge was deteriorating and felt frozen in time, while the kitchen was so horrid it had mold growing.

However, Scarlette and Stuart were speechless when the couple said they were on a tight budget of just £20,000 – and that they intended to do most of the work themselves.

When they started renovating the house, making the most of all the period features they could find, they quickly realized they needed a bigger budget.

After managing to borrow money from family and friends, their budget expanded slightly to £31,000 and they were able to complete the property within their 14 week deadline. 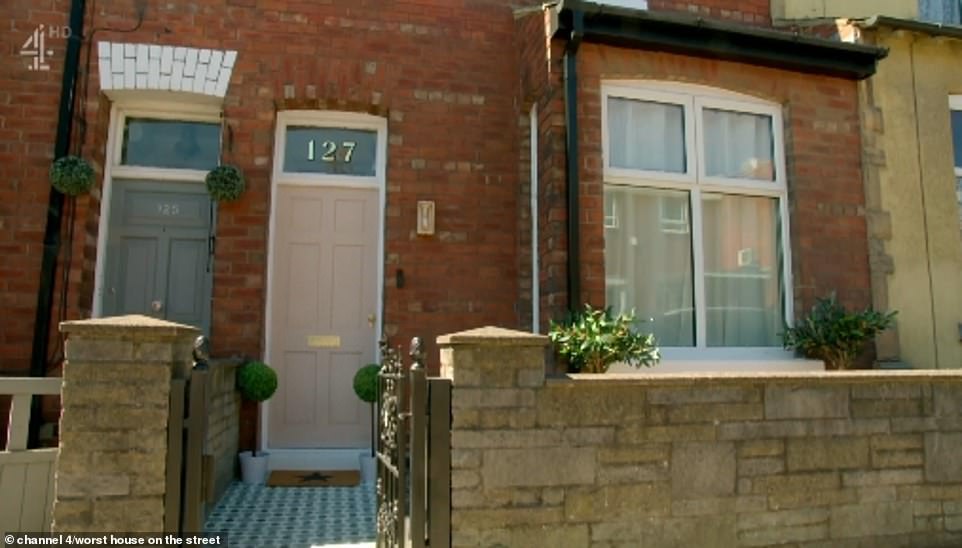 When Stuart and Scarlette returned to see the completed house, they were blown away by the transformations the couple had completed (pictured)

When Stuart and Scarlette returned to see the completed house, they were blown away by the transformations the couple had completed.

They were surprised to learn that Gemma and Scott had only spent £130 to refurbish the front of the house.

And inside, the couple had given the terrace a contemporary makeover, preserving the original features of the Victorian home.

Scarlette gasped: ‘In fourteen weeks you did this! The way you’ve kept the traditional features but put a modern spin on it is brilliant. It’s done so well.’

Meanwhile, upstairs they created a beautiful family bathroom in the third bedroom. 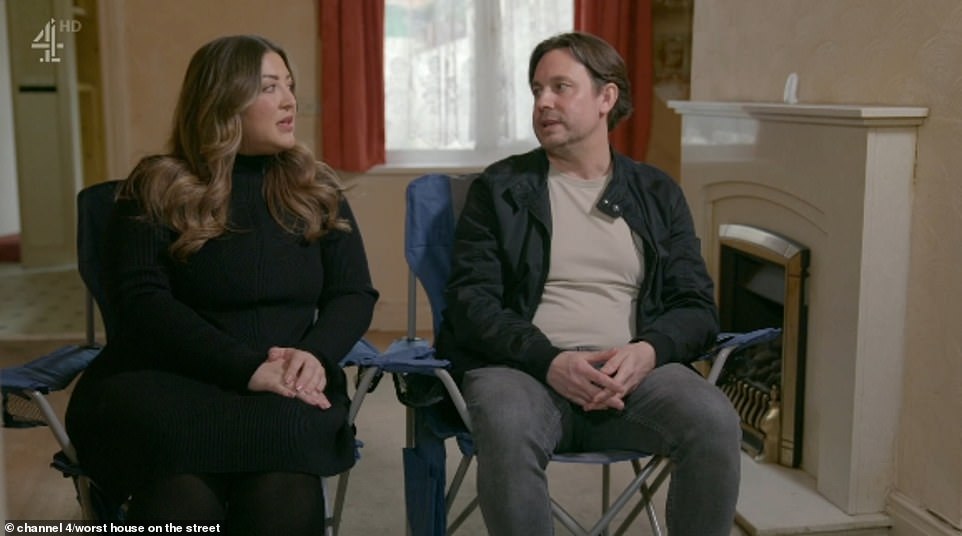 Gemma appeared on the program and explained how she met Scott seven years ago while the couple were both working in Dubai before returning to her hometown of York.

Scott said, “A lot of thought has gone into it,” while Gemma added, “We’ve tried to save money in every part of the house.”

Meanwhile, the couple explained how they had demolished an outdated and shabby garage to expand their outdoor space at the back of the property.

Instead, they unveiled a small garden covered in green AstroTurf and with added plastic plants.

Scarlette said it was “brilliant” and added: “Before you didn’t have a garden, you just had a couch!”

And the couple were amazed by the presenters who told them the house was worth £298,000 after their renovation. 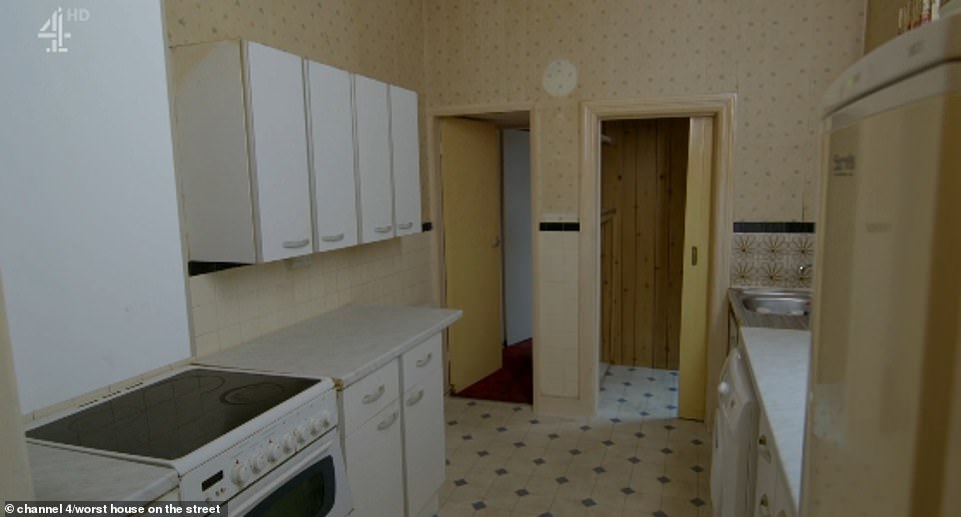 The lounge was deteriorating and felt frozen in time, while the kitchen was so horrendous that mold was growing (photo, the dated kitchen in the house) 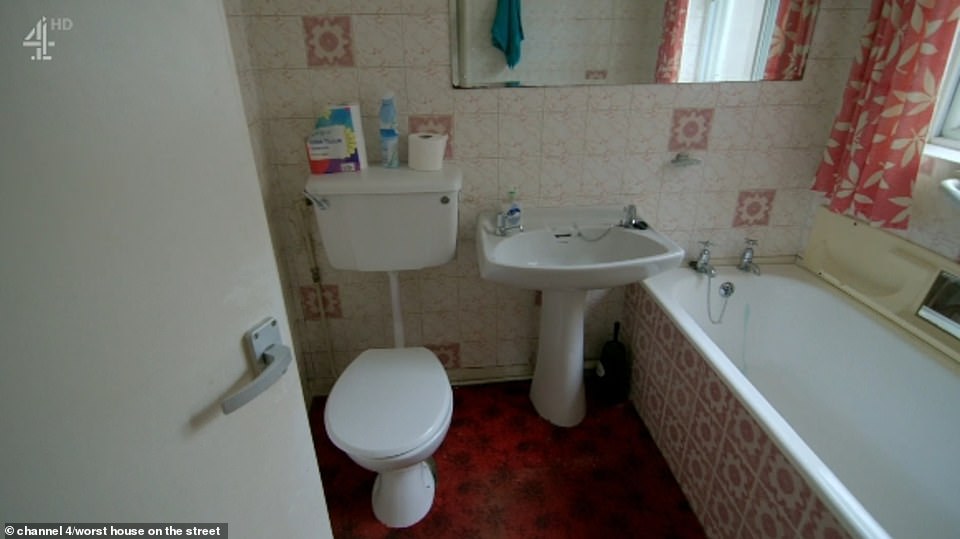 Despite the dated features in the three-bedroom property, Gemma said she’d felt it had potential from the moment she saw the house 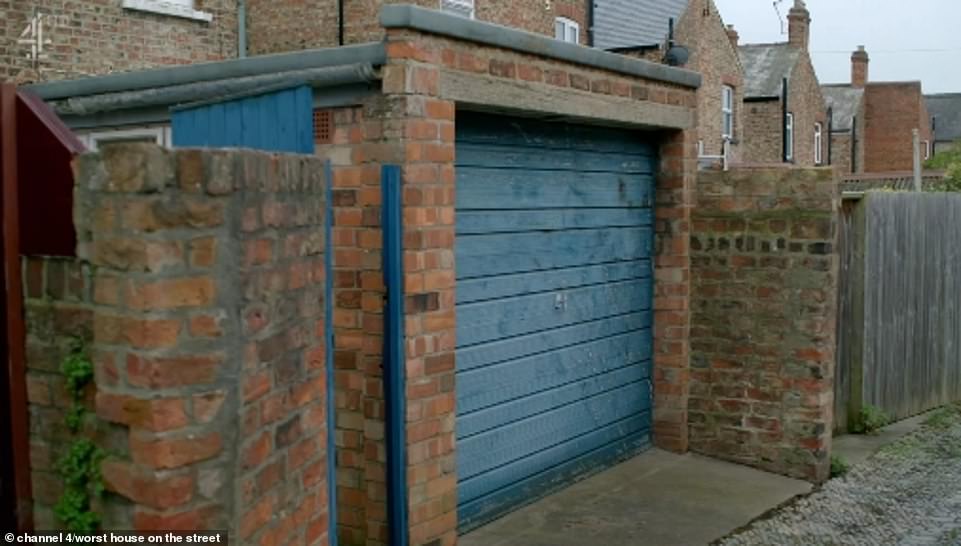 Outside, the couple had a small garden in an alley – while most of the space was dominated by a large and dated garage (pictured)

However, many viewers were critical of the couple’s choices during the renovation, especially when it came to the garden.

One person wrote: ‘Your program sums up our problems. A raise on paper is not a gain – and as for that hideous plastic garden! How can we celebrate that now? It’s a garden, not a room. Horrible. Depressing.’

Another said: ‘Impressed with the interior. But a plastic garden is not a garden. It’s an environmental disaster.’

A third commented: ‘Beautiful house, grim garden. Come on people, you can do better than this!’ 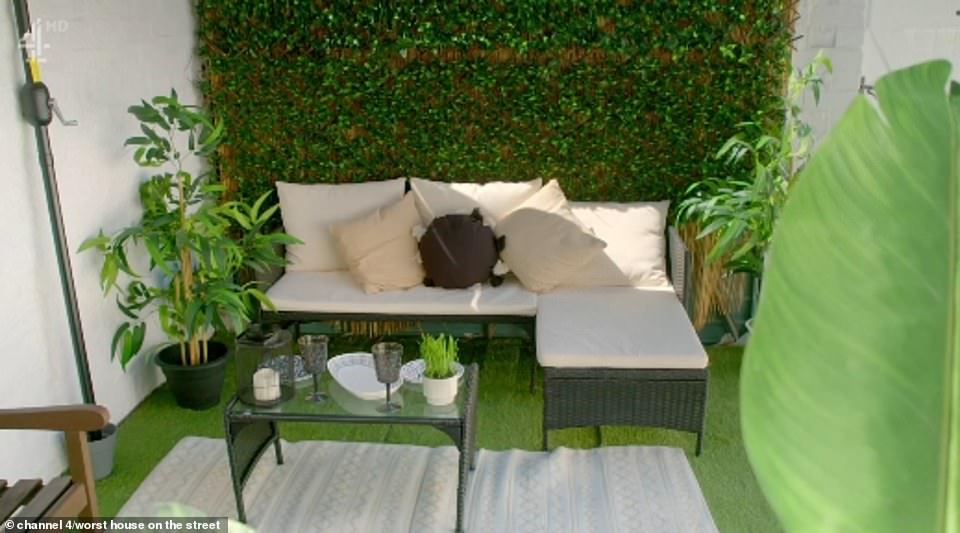 Hilary Swank, 48, reveals the due date for her ‘miracle’ twins