The brand behind Sophie Wessex’s poignant outfit for the Queen’s funeral has shared behind-the-scenes photos of the jacket’s making – revealing that it was embroidered with the Queen’s favorite flowers.

The 57-year-old Countess wore a black Italian wool and silk satin ensemble as she joined her husband Prince Edward and other high royals for service at Westminster Abbey and the engagement at St George’s Chapel, Windsor.

The elegant garment was created by luxury designer Suzannah London, who revealed on Instagram that the floral design was actually a touching tribute to the Queen.

The label stated that they had worked tirelessly to embroider details on the jacket: ‘Many beautiful panels of Italian wool and silk satin were embroidered in tribute to Lily of the Valley – Her Majesty’s favorite flowers, interwoven with flowers from her bridal bouquet. ‘ 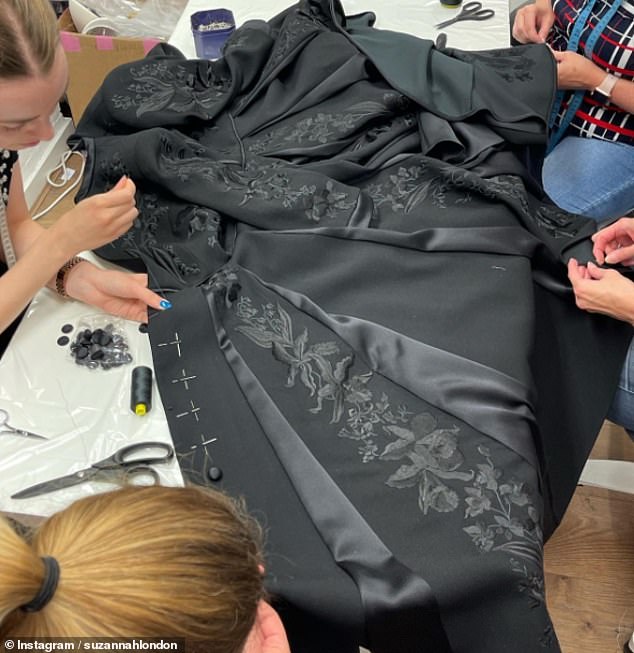 The elegant coat was created by luxury designer Suzannah London, who revealed the touching tribute to the Queen on Instagram

The brand’s seamstresses embroidered the garment with a lily of the valley, the late Monarch’s favorite flower, and flowers from her bridal bouquet.

Sophie kept the tribute subtle to ensure the focus remained on the Queen for her funeral on Monday.

The jacket dress belonged to the much loved royal designer Suzannah London, who wrote: ‘It is an absolute honor and privilege to be given this opportunity yesterday to be a small part of modern history.

“Thank you to our dedicated team and to everyone at Suzannah for making this beautiful coat dress design possible for HRH Countess of Wessex.” 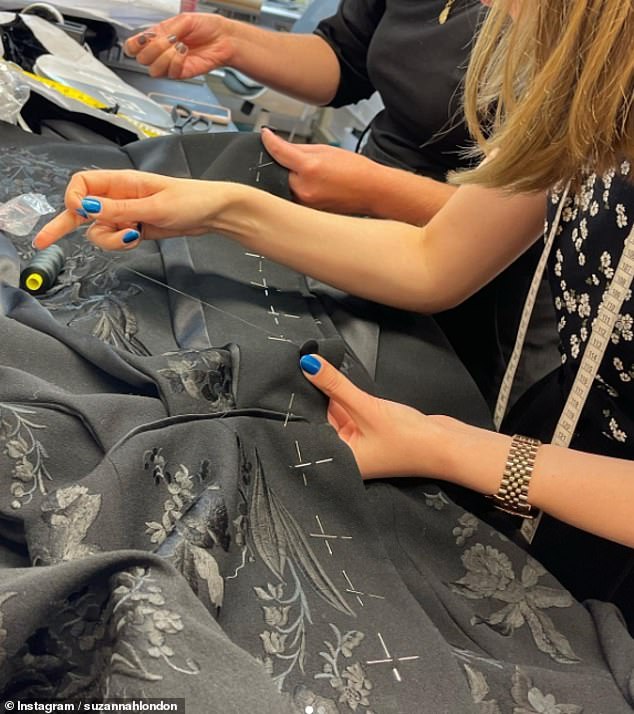 The brand’s seamstresses embroidered the garment with a lily of the valley, the late Monarch’s favorite flower, as well as flowers from her bridal bouquet

Sophie and her husband Prince Edward, 58, appeared visibly distraught during the late Monarch’s state funeral, and were seen wiping their tears as the world paid tribute to the Queen.

The Countess, dubbed the Queen’s ‘rock’ after the death of the Duke of Edinburgh last year, seemed gloomy and overtly emotional this week.

Read:ITV I’m A Celebrity viewers threaten to ‘switch off’ as they share Boy George demand

She paired the beautifully crafted coat with an acorn diamond brooch and diamond earrings.

Elsewhere, other members of the royal family decided to honor the late queen with the carefully selected jewelry they wore.

Princess Charlotte, seven, arrived at Westminster Abbey with a delicate silver horseshoe pinned to the lapel of her black coat that had been gifted to her by the Queen and belonged to the Queen Mother. 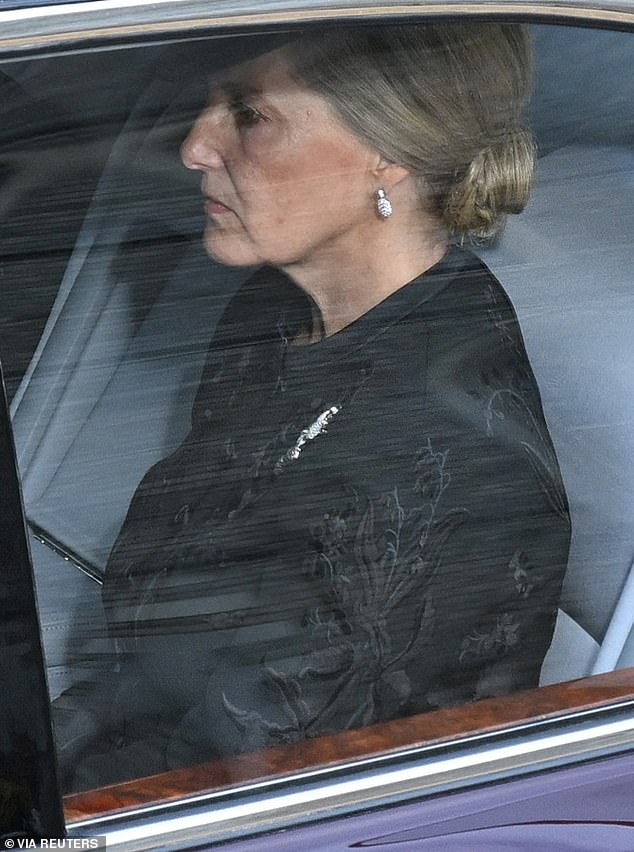 The Countess of Wessex arrived for service on Monday with Meghan Markle, whose husband Prince Harry was traveling with his cousin Peter Phillips

A family in mourning: Left to right: The Duchess of Sussex, Queen Consort, Prince George, Princess Charlotte, Catherine, Princess of Wales and Sophie, Countess of Wessex stand outside Westminster Abbey after the state funeral

The Queen Mother, who married King George VI, then Duke of York in 1923, wore the brooch for a 1929 portrait.

The delicate piece is shaped like a horseshoe and is covered with sparkling gemstones.

Meanwhile, Kate Middleton, 40, also honored the Queen at the state funeral by donning two pieces that once belonged to the late monarch, her husband’s grandmother.

The Princess of Wales arrived at Westminster Abbey wearing a pair of Bahrain pearl earrings and a four-strand pearl necklace with a diamond clasp in the middle.

The Countess of Wessex is tipped to be awarded many of the Queen’s most prized royal patronages in recognition of her “confidential.”

Royal sources previously told the Mirror it could take over patronages, including the Women’s Institute and Dog’s Trust.

One of them said: ‘The Queen and the Countess had a wonderfully warm and joyful relationship.

Her Majesty admired Sophie’s quiet sense of duty, her strong work ethic and the way she balanced her public and family life. They also shared many of the same interests.’

The source added that the Queen’s decision to pass the patronages on to Sophie is a reflection of their bond.

And they said that Sophie’s popularity with the public has become apparent. It is likely that she will gain a greater public profile under the reign of King Charles.