BBC Breakfast’s Naga Munchetty took on one of Westminster’s most outspoken MPs in a furious showdown this morning.

The 47-year-old TV presenter challenged Ian Blackford of the Scottish National Party about the energy crisis.

During a fiery debate, he accused Naga of making arguments that were “blatant nonsense”.

Referring to the Scottish leader, she asked: “Nicola Sturgeon said her government will take practical steps to help households and businesses through the crisis. What are they?”

But when Ian brought up Scottish child support – which was unveiled in March and gives money to low-income families – she challenged him.

Naga said: “The Scottish Government cannot do anything new at this point, so these practical steps are retroactive.

“It’s the ones that have already been announced. That’s what you said yes?” 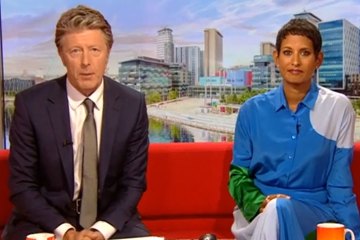 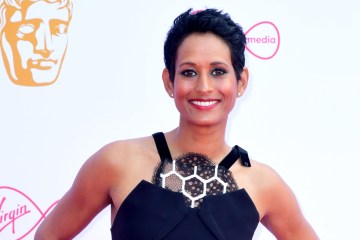 Ian, 61, insisted: “This is a Westminster-generated problem.

“Let’s not turn this around and say in a mythical way that it is the Scottish government that is responsible because frankly that is just blatant nonsense.”

She interrupted: “No, to be honest I quoted Nicola Sturgeon saying she will offer practical steps and that’s the question I asked you.

“What practical steps will be offered? I did not say that the Scottish Government has an overall responsibility, I am quoting the Prime Minister.”

Ian replied, “I’ve given you the example of what we’ve done with child support, but of course we’re also seeing input prices go up.

“We rightly see the demand for workers to see higher wages and the Scottish Government has just given an additional £140million to Cosla [the body that represents councils] deal with higher wage demands.

“We are talking about a crisis in the cost of living, largely around energy prices.

“It is the responsibility of the Westminster government to recognize that it must act now to prevent consumers from being imposed the energy ceiling hike.

“To prevent people from possibly even meeting an early death as a result of not being able to keep the heating on.”

Some viewers praised Naga’s “aggressive” interview with the MP, the leader of the Scottish National Party in the House of Commons.

Others, however, were unhappy that she spoke of him, with one tweet: “Naga, your constant interruption from Blackford is ridiculous.”

Another wrote: “Naga Munchetty does it again @BBCBreakfast – speaking of her interviewer, SNP leader Ian Blackford, asking new questions before he can answer the previous one.”

But one viewer defended her approach, replying: “Would you let him spray whatever he wanted….

“That’s not how things actually happen … is that what you would do … wait for the interviewee to stop talking … that would be a very one-sided useless interview.”

Outcry over plans for Grand Designs-type house in Healing with two pools, a bar and cinema