Skip to content
Home ⁄ Sports ⁄ How to watch Netherlands vs Ecuador: Watch the World Cup 2022 game on free TV and live stream to day

It may be Black Friday, but it is also the first matches of the second round of group stage matches at the 2022 World Cup. This way you can see how the Netherlands competes against Ecuador.

The Netherlands vs Ecuador kicks off on Friday 25 November at 4pm UK time. This match takes place before England vs USA, and after Wales vs Iran and Qatar vs Senegal.

ITV will be showing this match in the UK, broadcasting from 3pm UK time on ITV 1. You can also watch the live stream on ITV Hub (soon to be rebranded as ITV X).

Very just slashed £20 off the £449.99 RP of Microsoft’s next-gen console, bringing it down to £429.99. This is one of the very first times we see this getting a substantial discount.

Is Netherlands vs Ecuador available to watch in 4K?

ITV doesn’t support 4K or HDR, so there’s no way they can offer the service like the BBC does during the World Cup. This is a shame, and hopefully ITV will offer higher resolution streaming in the future.

Our guide on how to watch the World Cup in 4K covers all the ways to stream the tournament. 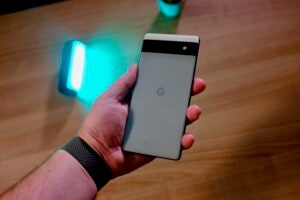 The Google Pixel 6a plummets in price again

As part of Vodafone’s Black Friday sale. the UK network is offering a stunning deal on the Pixel 6a. You can get the phone and a month’s worth of data for just £259 – that’s the cheapest we’ve seen this phone drop to by a decent margin.

If you’re watching the football while looking for a bargain, here are the best Black Friday deals we’ve seen so far.

Video show paragliders before fatal crash in the Dominican Republic