By Olly Allen For Mailonline and Pa

Read:Christian Eriksen has won the Manchester United Player of the Month award for September 2022

Barnsley is trying to end a new shirt front sponsorship deal with a cryptocurrency site after an investigation into discriminatory and abusive social media posts.

The League One club only announced the deal with HEX.com last week, but is already trying to end it after the Supporters’ Trust raised concerns about online posts, which they believed were from individuals who claimed to have closed the deal. have mediated.

One Twitter account, @KuqiCouture, posted tweets such as “F*** those fake Sandy Hook kids” and “Telling the world to stay indoors is easier than telling a thirsty gay man not to put it in a sick rectum.”

Another from the same user read: ‘How can #Monkeypox be a public health emergency?! The general public is safe. The virus will only spread among a certain group of people and the children who abuse them.’

Both accounts were tagged by Brent Morrissey of HEX as people who “made the deal possible” with Barnsley.

Meanwhile, in 2017, HEX creator Richard Heart tweeted, “What are the public voting results of gay rights in Saudi Arabia? Execution by throwing from a high place, I guess?’

League One club Barnsley only announced a sponsorship deal with HEX.com last week

Barnsley announced on Tuesday that they were investigating the reports, and on Friday morning they released a statement saying: “Barnsley Football Club values ​​our fans and our core beliefs above all else.

“The HEX.com logo will not appear on the team uniforms in the future. Further comment will be made in due course.’ 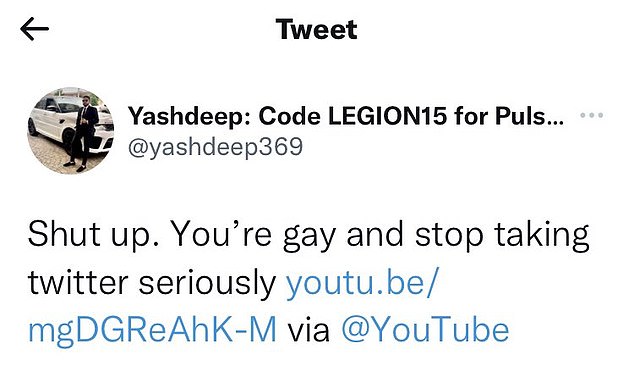 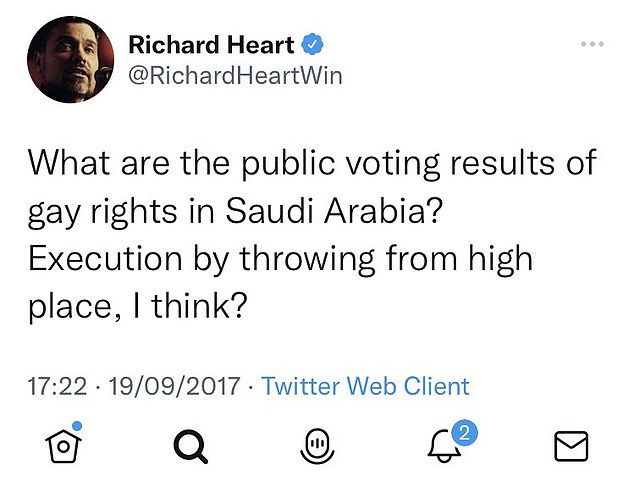 Cryptocurrencies are currently not regulated in the UK.

A statement from Morrissey on social media read: “I have noticed that a number of tweets of a homophobic nature, made by 2 members of the HEX community, have surfaced.

While I do not endorse any form of homophobia, it is important to acknowledge that the tweets were created by 2 people who are not associated with HEX.com, HEX & Barnsley FC’s sponsorship deal in any official or legal capacity.

“HEX & Barnsley FC both have passionate communities and we’ve seen a great synergy between both groups of fans. The HEX community and the fan base as a whole are very passionate about this sponsorship and want to support the club commercially through merchandise sales and growing the fan base worldwide to help the club return to its former glory. 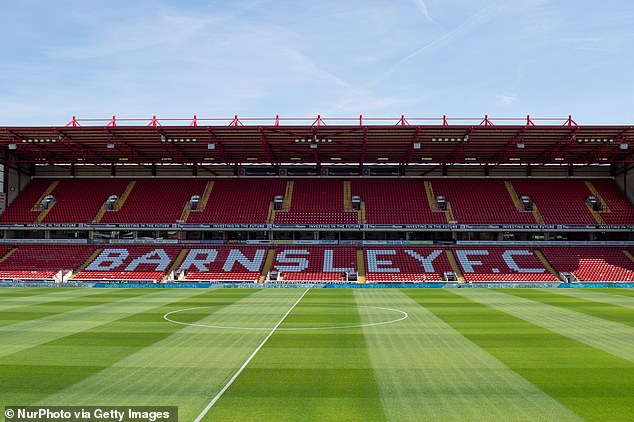 “I want to build bridges and create a partnership that is good for the club and fans, but also for the people of Barnsley. We are open to suggestions to work in harmony.

“In recent days, thousands of pounds of charities have been donated by members of the HEX community to the Barnsley Food Bank and continue to be made as a show of community solidarity.

“I would also like to say that the sponsorship deal is pre-paid and in full. I hope to continue working with Barnsley FC and make this season one to remember positively. Come on, robins!’

Beachgoer, 63, dies after being impaled by beach umbrella when strong winds drove it into her chest

Tower of Fantasy is perfect for recreating Genshin Impact characters