Amber Turner stuns in a cleavage-enhancing pink bustier and tote a £2,500 Fendi bag to join the tall Chelsee Healey as they make up up a storm in a slew of snaps on social media

Amber Turner sent pulse racing as she whipped up a storm in a series of stunning Instagram snaps on Thursday.

The former TOWIE star, 29, joined hands with Hollyoakes’ Chelsee Healey, as they both styled looks from PrettyLittleThing.

Amber appeared to be enjoying a night out on the court in a pastel pink ensemble and elevated her essentials in a £2,500 Fendi baguette. 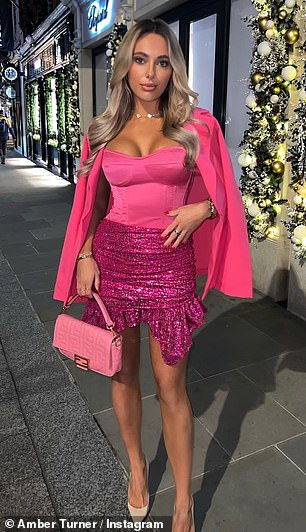 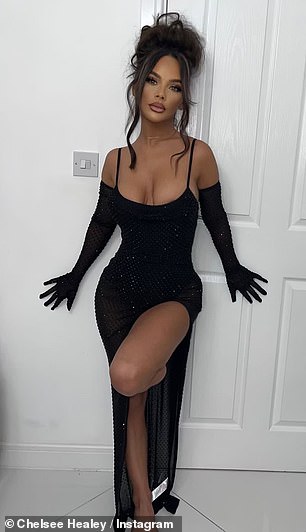 STUNNING: Amber Turner, 29, (left) and Chelsee Healy, 29, (right) caught pulses racing as she stirred up a storm in a series of stunning Instagram snaps.

She slipped into a pink breast-enhancing corset and styled it with a sequin mini skirt.

Amber completed her look with a matching jacket that she wore casually on her shoulders.

The stunner accentuated her features with a radiant makeup palette while her blonde locks fell to her shoulders in loose curls.

“All pink always,” she captioned the stunning snap. 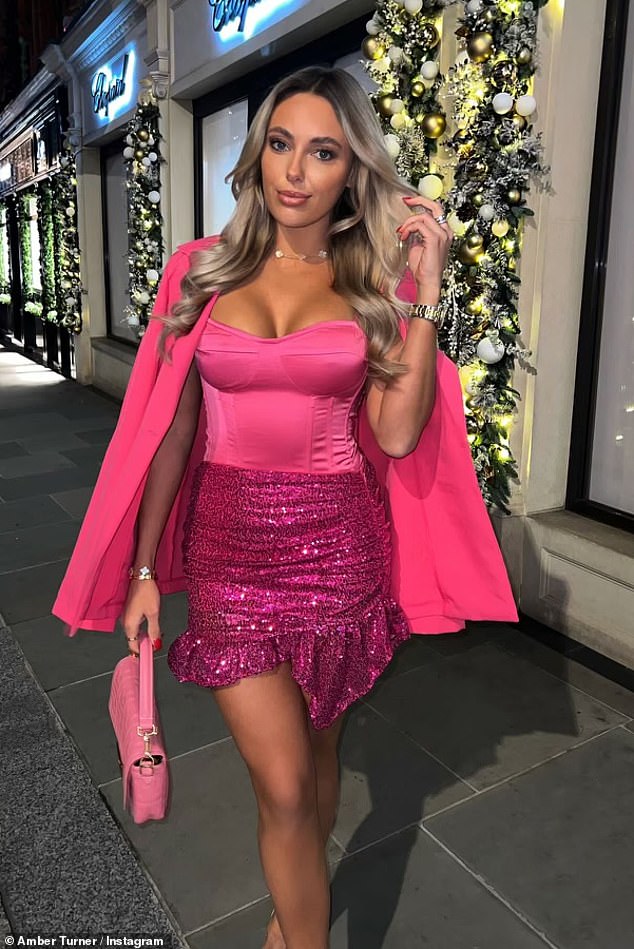 Hot stuff: She slipped into a cleavage-enhancing pink corset, which she teamed with a sequined mini skirt.

The elegant dress hugged every inch of her jaw-dropping body and coordinated with matching opera gloves.

Chelsee swept her brunette locks into alert as strands framed her delicious features. 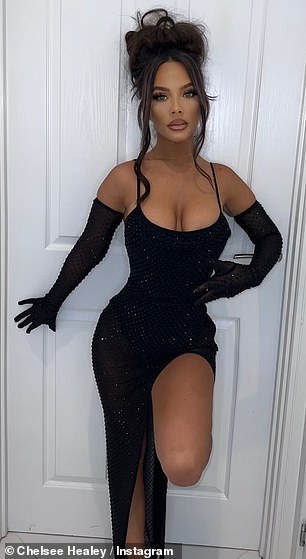 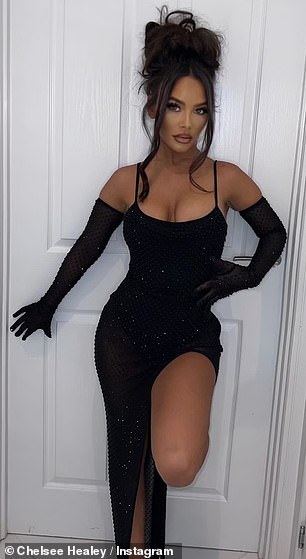 It comes after Amber reportedly made demands of a singer while filming the upcoming series Celebrity SAS: Who des Wins.

The star flew to Asia with 16 other co-stars to shoot next year’s season, and allegedly made an instant impression upon her arrival, before filming even began.

A source told The Sun: ‘Amber was by far the biggest singer in the cast while filming in Vietnam. 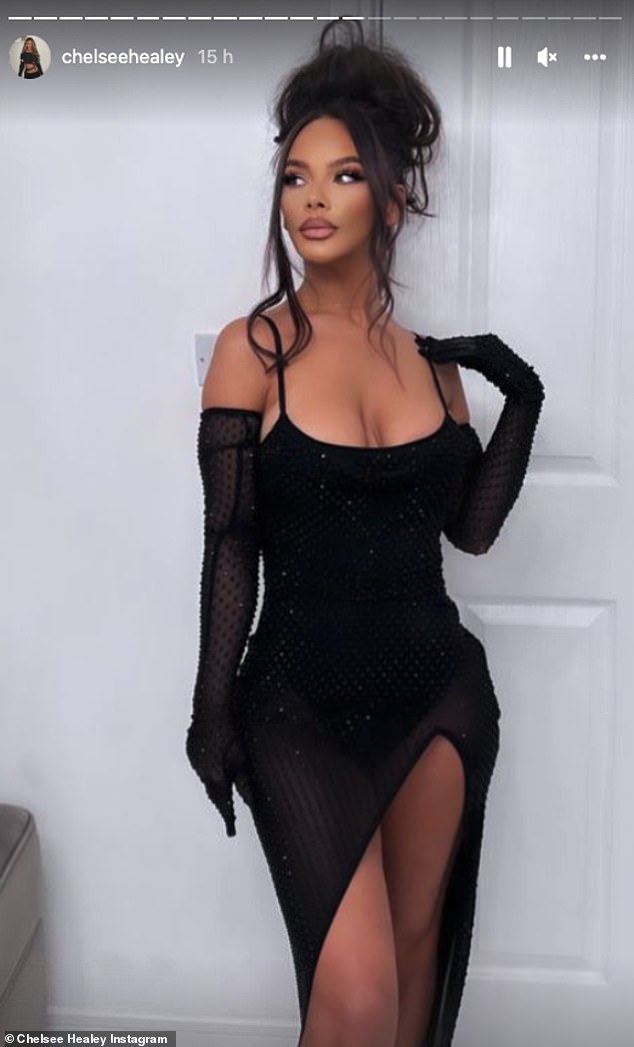 The situation: She later took to her Instagram Stories where she continued to cause a storm

Even before filming began, she was causing drama for the crew.

“She decided she didn’t like the hotel room she had been given and demanded that she be moved to a higher room in the building so she could have a better view.”

The source added that she was a “loner” and did not communicate with the rest of the cast and crew before filming began.

Allegedly, while everyone was spending time together, she was not talkative and “seemed a bit skittish”.

MailOnline has contacted Channel 4 and a representative for Amber for comment. 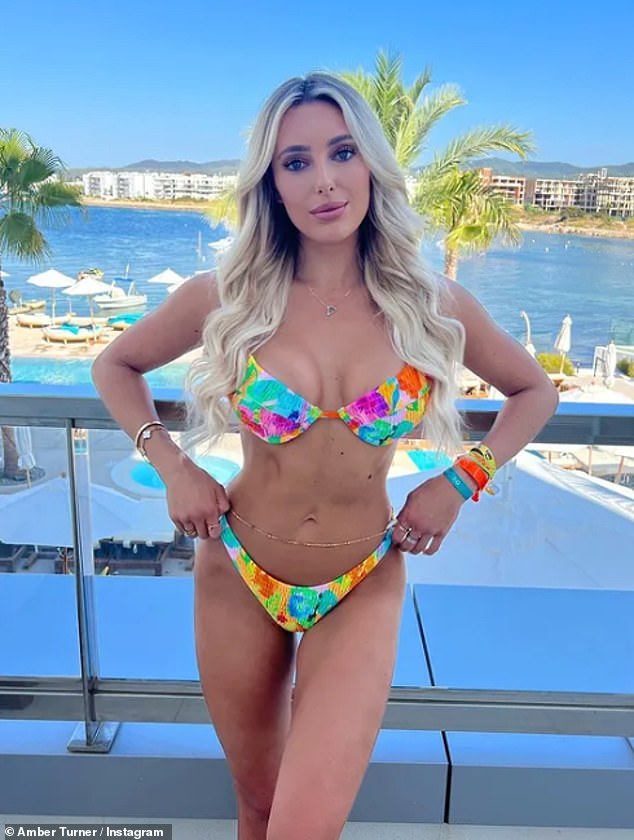 Diva? It comes after Amber reportedly made demands of a singer while filming the upcoming series Celebrity SAS: Who des Wins.